What will it take for our state and its governor to finally admit they have had one of the worst preventable environmental disasters under their watch? The disaster at Piney Point was preventable if only the environmental rules had been followed, rules that we the public take for granted are being enforced by regulators.
After an equivalent of 200 tons of nitrogen and 100 tons of phosphate was dumped into Tampa Bay, we’ve reached a tipping point and are now experiencing the highest concentrations of red tide in our state. Downplaying the impact, some of our state’s scientists had this to say a few weeks ago:
"An immediate concern is that you would have highly toxic water going into the bay that would result in fish kills, we did not observe that," said Tom Frazer, Dean of Marine Science at the University of South Florida.
"The concentrations are now back to background levels so there is no great concern that we’re going to have any overabundance of growth of any phytoplankton," said Bob Weisberg, a USF Oceanographer.
In a world where facts seem to be distorted or disregarded, often through a conflict of interests, people have a right to question if the funds that pay our scientists influence their comments and studies. We all know that fertilizer—mainly nitrogen and phosphorus—helps plants to grow. 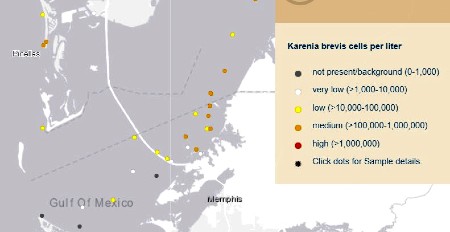 The red tide organism is a plant floating in the water, also known as phytoplankton. It is usually always present but grows much more rapidly, given the right feeding and conditions. Here we are less than three weeks after scientists stated "no great concern” for "any overabundance of growth of any phytoplankton,” with an overabundance of not only red tide but what I call poopy algae, commonly referenced as Lyngbya, in the areas directly within the tidal waters of Tampa Bay. 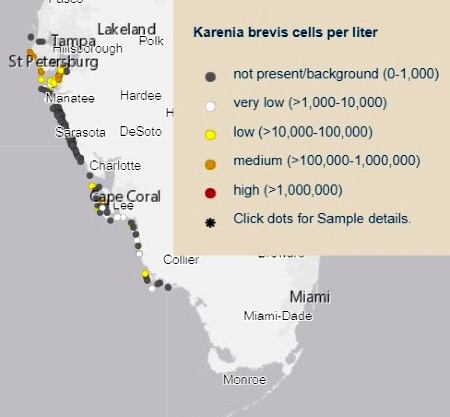 A majority of people will not be impacted directly by the red tide or massive Lyngbya algae bloom, but those on the water fishing, sailing, and kayaking, or on the bayside of Holmes Beach and the Manatee River, live with a toxic condition that is now known to be harmful to their health, not to mention its disgusting smell. This often makes living conditions so bad outdoors that they become prisoners in their homes.
These Algae can make you sick and animals can get sick or even die from ingesting them. All of this is not making the headlines like when the Piney Point disaster led to an uncontrolled release into our bay and theatened surrounding properties with a 20 foot wall of water requiring an evacuation. However, these algae blooms have all the signs of a slow death by a thousand cuts for our environment. 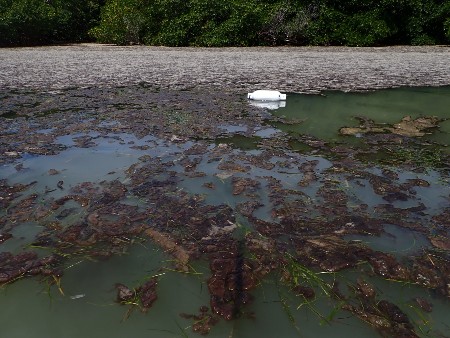