BRADENTON — Blues artist Selwyn Birchwood, popular Sarasota party band Dirty Byrd, country rock band Rye Road, and the Monsoons are just some of the great live music options lined up this weekend in Manatee and Sarasota. Check out The Bradenton Times Weekend Sounds to see what bands you can catch and where.
Selwyn Birchwood
Cottonmouth Southern Soul Kitchen
Friday: 7-10 p.m.
Selwyn Birchwood is an intentional and domestically touring blues guitarist and lap steel player. He classifies his original music as "electric swamp funkin' blues." Birchwood has been called a remarkable contemporary bluesman and a gritty and unvarnished vocalist. His seemingly meteoric rise from playing small Florida clubs to headlining international festival stages has seen his music and performances receive a Blues Music Award, a Living Blues Critics’ Award, the 2015 Blues Blast Rising Star Award, and raving reviews in publications from Rolling Stone to The Wall Street Journal. Birchwood and his band have toured extensively across the U.S. and Europe.
Tickets are $20 and can be purchased at the door or by calling (941) 243-3735.
About the Venue:
Located in Bradenton Village of the Arts, Cottonmouth Southern Soul Kitchen has quickly become one of Bradenton, Florida’s more popular outdoor music venues. Music is hosted on their intimate 80-seat capacity patio garden, a perfect setting under the branches of towering live oaks in the heart of VOTA. Known for his eclectic southern dining, Chef Dave Shiplett puts his creative spin on southern classics serving up his brand of southern soul food in this 100-year-old cottage that doubles as an art gallery. The venue offers craft beer, wine, a list of creative hard ciders, and non-alcoholic beverages. 1114 12th Street West, Bradenton.
Dirty Byrd
Cask & Ale Kitchen
Friday: 7-11 p.m.
Dirty Byrd is one of the area’s favorite party bands. The Sarasota-based jam band performs blues, country, R&B, funk, jazz, rock, southern rock, and more. Led by two seasoned local musicians, Brian Byrd (pedal steel guitar and lead vocals) and Thorson Moore (electric guitar and vocals), and joined by talented musicians Damon Owens (percussion/drums) and Andrew Glasgow (electric bass). The band's shows frequently include some of the area’s most talented musicians as guest performers, creating shows that are unique each time the band takes the stage. No cover.
About the Venue:
Located on Main Street in downtown Sarasota, Cask and Ale Kitchen is a restaurant and bar known for its hand-crafted cocktails and contemporary atmosphere. The venue has seating both indoors and outdoors. Cask & Ale offers a limited menu of up-scale pub-fare cuisine, including appetizers, burgers, and tacos. The beverage menu includes beer and wine selections. 1548 Main Street Sarasota. 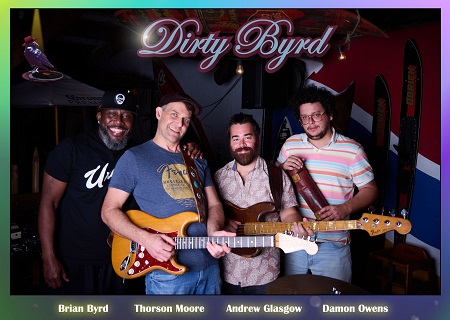 Dirty Byrd
Eric Von
Motorworks Brewing
Friday: 7-11 p.m.
This Friday, Eric Von returns to the beer garden stage of Motorworks Brewing. Von is a Nashville recording artist, born and raised in Cortez, Florida. He started playing guitar and writing music at just twelve years of age and was performing live by fourteen. Eric spent three years in Nashville, playing on Broadway, and writing and recording his second CD. His song, I Can't Help but Smile made it to number 64 on the Country Breakout Charts. In 2007, Von was named the Colgate Country Showdown winner for Central Florida, and advanced to secure the title of Colgate Country Showdown winner for the State of Florida that same year. In 2008 he was named the winner of Kenny Chesney’s Next Big Star of the Tampa Bay Area. No cover.
About the Venue:
Since its opening in 2014, Motorworks Brewing has become one of the most awarded breweries in Florida, with over 22 national and international medals. With 20+ beers on draught, a full liquor bar, an expansive wine collection, and a rotating batch of seasonal and specialty brews available in the taproom, Motorworks is a great place to join friends for a fresh pint of beer or a cocktail. Their tree-canopied Beer Garden hosts a raised deck, games, an outdoor stage, ample patio seating, and room to dance. Food offerings from local food trucks. 1014 9th Street West, Bradenton, near the Village of the Arts. 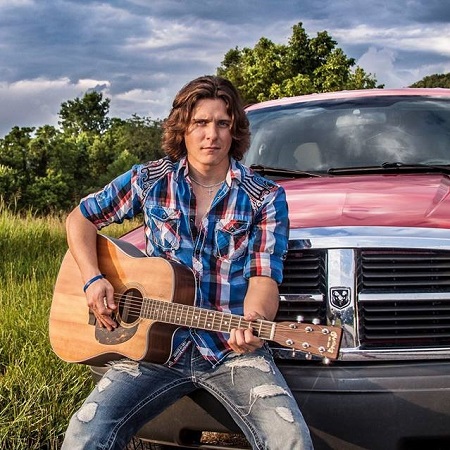 Eric Von
Rye Road
Big Top Brewer’s Collective
Saturday: 7-10 p.m.
Rye Road has been rocking audiences up and down the Gulf Coast of Florida for over a decade. Their sound is a unique blend of new country and rock. The band features Pete Tamburin’s emotional vocals and country-influenced guitar, drummer Dan Garrido’s solid rhythms and amazing high harmonies, the energetic and booming bass lines of Bryant Crawford, and the soaring keyboards of Tim Meyer. Catchy, accessible melodies under lyrics that everyone can relate to, a sound sure to rock and move you! No cover.
About the Venue:
The Big Top Brewing Company has re-envisioned what the former Naughty Monk Ale Works was at its core and brings you, The Big Top Brewers Collective. Going back to the roots of all Belgian-inspired beers, the Big Top Brewing Company has located its brewing base at the former Naughty Monk location in Lakewood Ranch. 2507 Lakewood Ranch Blvd, Bradenton. 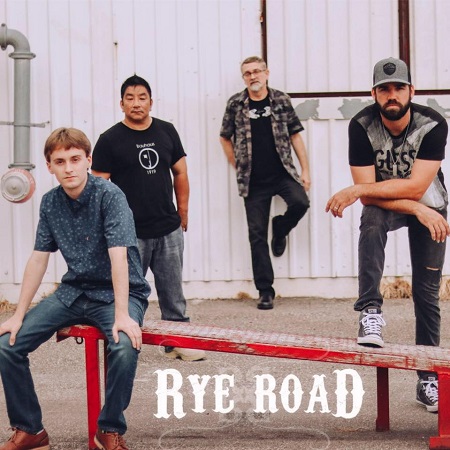 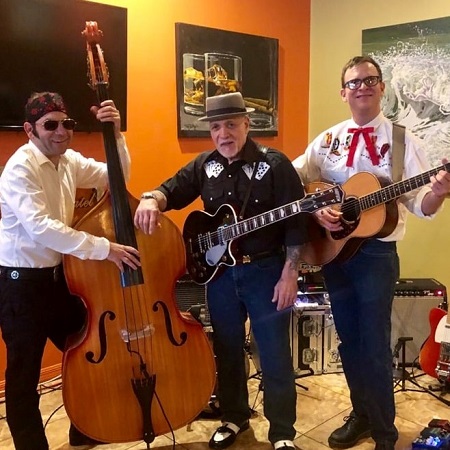 The Divebombers
The Monsoons
Stottlemyer’s Smokehouse
Sunday: 4-7 p.m.
The Monsoons are a Sarasota-based party band blending the funkiness of New Orleans with good old rock n' roll. Drummer Pat McDonald spent nearly two decades touring with the world-famous Charlie Daniels Band. Lead guitarist and vocalist Steve Junot is a seasoned musician from New Orleans who toured internationally with a zydeco band, as well as having performed countless solo shows. Bassist and vocalist Chris Guertin boasts a career that has taken him to over 90 countries as music director of cruise ships while also having performed as either band member or special guest bassist and vocalist in several locally favored bands. The three members form an experienced and professional trio, toss in their brand of charm and humor, and together the three create the perfect conditions for a good time. No cover.
About the Venue:
East of I-75 on Fruitville Road, Stottlemyer’s Smokehouse is an open-air barbecue restaurant set under an expansive outdoor tiki hut, including an old-Florida style tiki bar. Established by the Stottlemyer family, the family-friendly restaurant and live music venue serves slow-cooked brisket, ribs, pulled pork, sandwiches and salads, and a unique atmosphere. Reservations are accepted. 19 East Road, Sarasota. 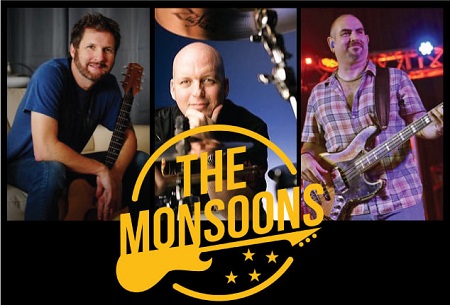 Kimi Tortuga is a versatile singer-songwriter based in the greater Tampa Bay area. Beginning her musical journey with piano at just 5 years old, later picking up wind instruments, and eventually teaching herself ukulele and guitar, Tortuga's voice possesses a rich and dynamic soulfulness. Most frequently performing as a solo artist, Tortuga will be joined by guitarist Nelson Mariscal this Friday at Caddy's Bradenton.
About the Venue:
Located riverside in Bradenton, Caddy's can be reached by foot from the nearby Riverwalk Park, by car, or by boat via the Manatee River. This pet-friendly tropical-themed venue has scenic riverside views, two large tiki huts, and an outdoor stage. They have a full-service bar offering local craft beers and an American cuisine menu. No cover. 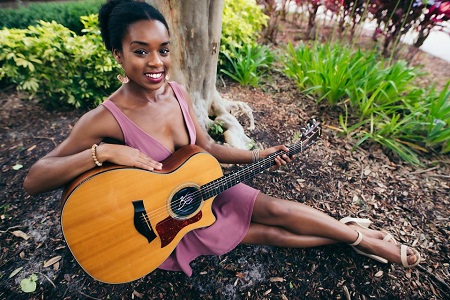 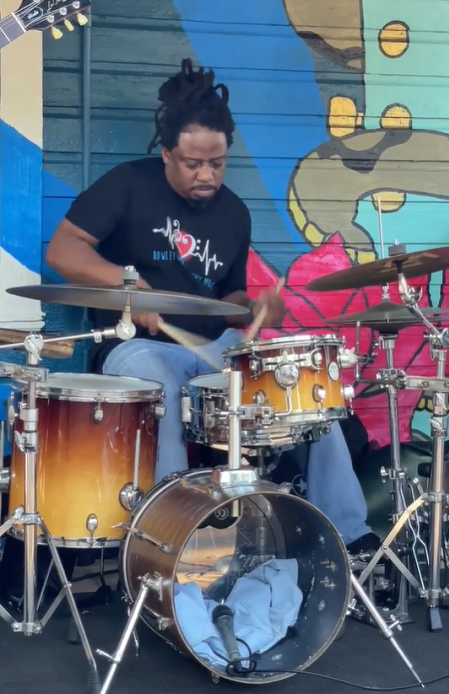 James Varnado
For more local music listings in Bradenton and throughout the area, check out GoTonight.com or download the GoTonight app. Know of an awesome local venue or upcoming show?
Email us: [email protected]
CLICK ON ICONS TO SHARE
FACEBOOK COMMENT POSTING AND VIEWING BELOW